It looks like you're new here. If you want to get involved, click one of these buttons!

It looks like you're new here. If you want to get involved, click one of these buttons!

Home › Main
Starting immediately, all new users must be approved by a moderator (due to spam issues). #sworry

You can dismiss this message by clicking the little 'X' in the top right this box.
If you are a pro triathlete, please click here to DM AaronWebstey for access to the 'Pros-only' private forum. Don't forget to include your real name, and a link to pro race result would be great if you're a 1st-year pro.

Stanned for Life from Slowtwitch

PubliusValerius Member
October 2018 in Main
Stan Empfield is in the legacy building phase of his career now and for this reason he is more sensitive, dictatorial, and psychologically unstable than ever. What was once a safe space (Slowtwitch / Slowtwitch forums) to slam the people and companies that make this sport so repugnant -- wait, sorry, Slowtwitch was never that, but I tried my level best -- has become only a venue for circle jerking around videos from Talbot's cock and parsing abstruse topics like CdA and watts to spin.

In case you missed one of the three threads on the topic prior to Dan removing them -- apparently removing content is part of Dan's professed belief in the free flow of information -- I've been banned for life from Slowtwitch. Current thread: https://forum.slowtwitch.com/forum/Slowtwitch_Forums_C1/Triathlon_Forum_F1/You_can't_argue_balls_and_strikes_P6778415/

Oddly enough, this time I didn't do anything specific. Dan informed me of my permanent ban via email: "You’re not really interested, based on your posting, in the free flow of information and ideas. You’re a provocateur. And I’m tired of having thousands of people inconvenienced for the sake of one provocateur. Or a few. I’ve banned about a dozen people over the past 2 weeks." My response was: "Are you kidding me? My posting is ENTIRELY about instigating the free flow of information. THAT'S THE POINT."

A few weeks ago, after I stated in passing that De Soto products are a bit expensive for what they are, I received a classic Stan nastygram: "is it time for you to take some time off? Until your anger cools? When you (for example) take a drive by stab at de soto, just because you’re mad at de soto (there’s nothing contextual about your hit job) that’s just uncool. You may think it’s righteous, but it’s petty. Same with roka. Same thing with triathlon in general. 'it’s no secret that triathlon is dying'. In fact, all my metrics show that after 5 year over year decreases – which I’m very willing to admit to, and predicted it, and reported on it, before you or anyone else did back in 2013 – 2018 is an up year (more up than I thought it would be). So, I don’t know whether your anger is general or specific. But you need to solve it."

Actually, I am angry, actually, and the anger is both general and specific. Here's what I am angry about:

1) I'm angry that neither I nor any of my close friends want to do triathlon anymore because it is a lame sport full of the worst kind of type A douche bags, flaunting their wealth and faking physical superiority wherever possible while sucking wheel and taking T all the way to the Big Island. And I'm angry at Slowtwitch for glorifying the worst form of such douche bags: https://www.slowtwitch.com/Interview/Ed_Baker_s_Newest_Startup_7021.html

2) I'm angry that I buy triathlon products all the time that completely suck because nobody has the stones to say so in a public forum. I'm mad my Garmin doesn't work and that DC Rainmaker can't just say that a product is terrible.

3) I'm angry that the equipment and race entries and everything related to the sport makes all but the shittiest, smallest races inaccessible to those who aren't making at least six figures.

And I'm sick of people like Thom, an old white Republican from New England, making the impossibly stupid argument that the sport is affordable [in this case because its less expensive than owning private airlines and horses]: https://forum.slowtwitch.com/forum/?post=6758926#p6758926

4) I'm angry at Providence Equity/IRONMAN: for producing races so well that they became the sport itself, rather than an operator within it; for managing their business to extract the most cash possible from a customer base unable to pay the freight; and for acting with no regard for lifetime value of a business / sport they scaled rapidly only to jettison, leaving the sport and the dumb money from Asia holding the bag.

And I'm annoyed that with the resources of USAT and IRONMAN, this was the best they came up with: https://www.teamusa.org/USA-Triathlon/News/Articles-and-Releases/2018/February/05/Time-to-Tri

5) I'm angry there are no women in the sport, but I do not wonder why when the TriGod himself is asking how he can best tell women "you are slow because you are fat": https://forum.slowtwitch.com/forum/?post=6711916#p6711916

I am not angry at Stan Empfield, because his heart is in the right place and the trains run on time. He genuinely believes that the number of butthurt PMs he receives about a forum member is a good gauge for whether they should be banned and/or for whether they would be banned in a popular vote. He's not evil; he's just not very smart.

From here on out, I will only be posting on Slowtwitch as one of my fictional triathlete personas. The goal will be, as always, to change the cultural elements that are the source of my above anger and of course to instigate the free flow of information. Thank you in advance for allowing me to do so here. 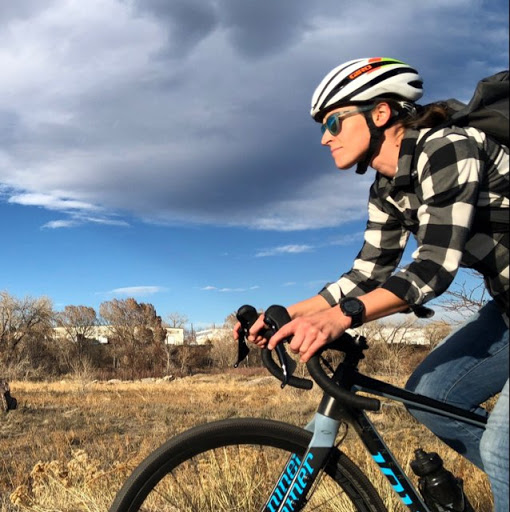 @ 2018 The Triathlon Roost, All rights reserved.